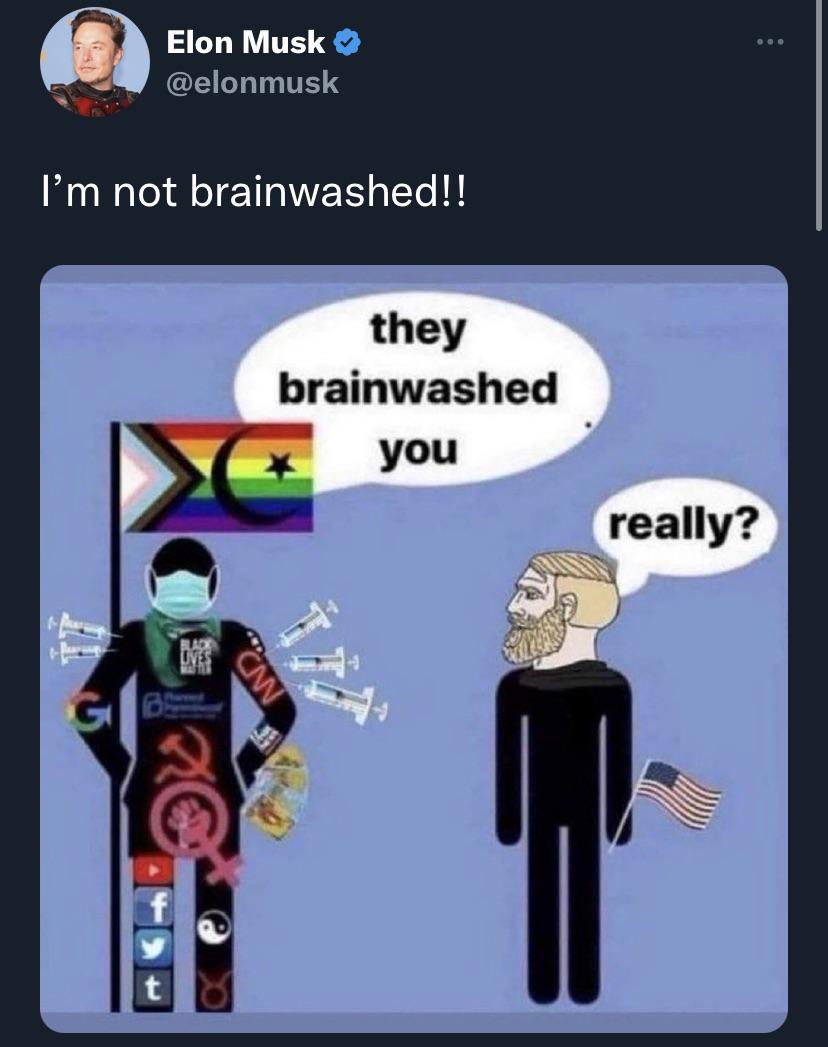 I have left Twitter, likely permanently. While there’s a lot to be said about literal Nazis and the vital necessity of being intolerant of intolerance, the simplest explanation for my personal choice is the best:

I have belonged to a lot of clubs, hangouts, and groups both in real life and online in BBS’s, CompuServe, and many other social mediums. In every case where there was one all-powerful figure who personally picked who could stay and who would be banned, and did so capriciously, things always went shitwards.

And things went shitwards doubly-quick when that one all-powerful moderator was themselves a shit-poster, and gathered around them a cliqué of toadies bathing them in affirmation and ready to brigade anyone who challenged the status quo.

Arguing with despots and their boot-licking followers never improves anything.

It reinforces the existing power structure by advertising to the world that no matter how cogent and sensible arguments might be, the despot’s id always wins. That’s how shitposting works: It’s not about “winning an argument,” it’s about establishing that civil discussion with a shitposter and their mob is futile.

If arguing with shitposters doesn’t “work,” what does? Well, that depends on your definition of “works.”

Twitter satisfies neither of those two definitions for me. Your experience with Twitter will likely be different than mine, of course. If you have chosen to stay, good luck!

It’s your decision, but all the same I’d rather this not be shared on any social medium, even if it’s one that broadly shares my views. This is a personal message for people who like my writing and follow me, to explain why they can no longer depend upon my old Twitter account to share new posts and updates.

As a personal message, I stand behind it. But as a blog post or essay, it says nothing profound that hasn’t already been said many times over the last three decades about the nature of attempting to be civil in a society controlled by people whose goal is to destroy civility.