A little over sixty years ago, a young, intelligent black woman named Gwen was graduating from Allenby Junior Public School in Toronto. Her teacher provided her with a notice telling her where to attend secondary school the following Autumn, and she carefully carried it to her home on St. Clements Avenue, in an area that was affordable and populated by young, middle-class families.

Mrs. Lois Barzey hadn’t gone to university, but she had high hopes for her daughter Gwen. Lois’s father—Gwen’s grandfather— had come to Canada from Barbados specifically to find a better future for his children and grandchildren. Lois’s brothers Layson and Leonard had gone to University. Leonard had a Harvard MBA and would later become Ontario’s first black Member of Provincial Parliament. Layson was an engineer who had invented techniques for manufacturing colour televisions.

Lois read the notice and was dumbfounded. Gwen was being sent across town to a trade school, the kind of place that taught young women how to sew, cook, and type while it taught young men how to repair automobiles or pour concrete. 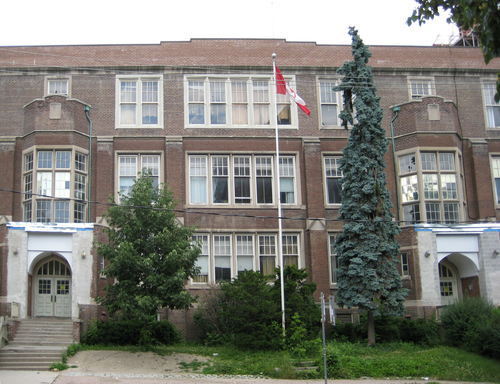 The next day, Lois visited the principal’s office. Why, Lois wanted to know, wasn’t Gwen going to North Toronto Collegiate, the academic school located a few blocks away. Didn’t she have the necessary marks? Had Gwen somehow failed school? The principal was soothing. Gwen would be happier in a trade school, she would learn a trade that would be useful to her in the years before she started her family. Lois argued, but got nowhere. The decision had been made.

So the following September, Gwen went to North Toronto, played first violin in its storied orchestra, and nutured a lifelong passion for music and dance. In time she graduated, and attended the University of Toronto, the first woman in her family to do so. 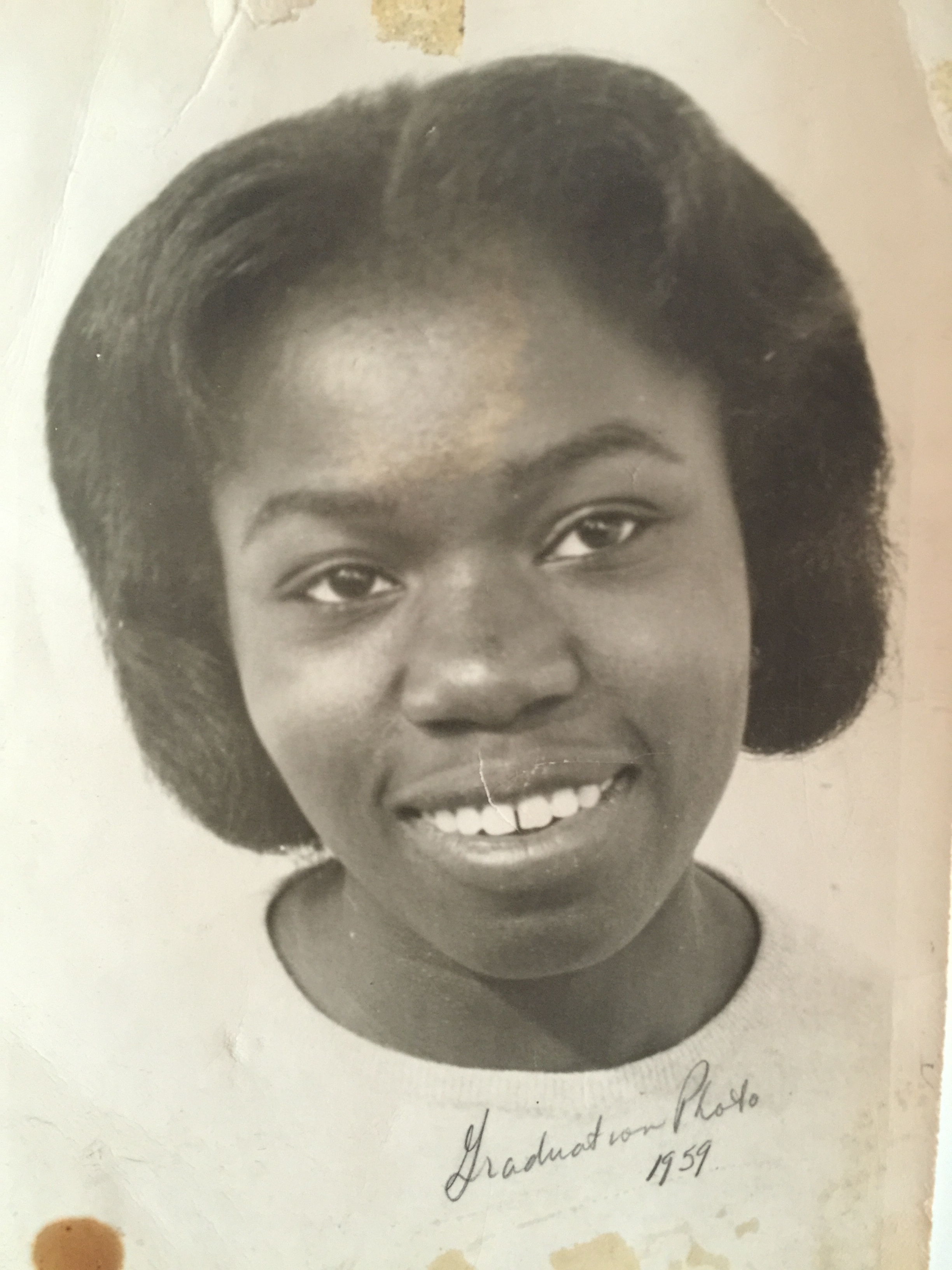 Like many young women, Gwen attended regular dances. At one such event, she noticed a fellow who she described as the best dancer there, by far. His name was Charles, he was white, he was tall, and he reminded her of Fred Astaire. He was athletic as well, he was a ski bum of sorts, working and skiing out west all winter and returning to Ontario for the summer.

They danced, they fell in love, they married, and they tried to rent an apartment in a decent neighbourhood. This, it turned out, was impossible. In many US states, their marriage was illegal. In Toronto, they could marry, but they couldn’t rent an apartment together as landlords were afraid of “trouble.”

They would have to buy a home to live together, so they did. This was more expensive than renting, so they both needed to work. Gwen scoured the newspaper classifieds, and saw that Empire Life was hiring young men for a career in “data processing,” no experience required. They invited applicants to attend a “cattle call” interview, so Gwen attended, on time and neatly dressed.

She was, she recalled, the only woman. She was also the only black person. A crowd of young men were lined up in front of some tables, where some women were handing out aptitude tests. When Gwen reached the front of the line, the women tried to be helpful. “Yes, we are hiring keypunchers, but you’re in the wrong room.” Gwen had learned how to be forceful, but she also learned some tact. And she needed that job.

“Couldn’t I just try the test? No harm in that?”

There were shrugs and she was given a test and took the proffered pencil. There were tables available, so she found one, ignored the questioning looks from the other applicants, and started in on the questions. There were a lot of questions about numbers such as guessing the next number in a sequence. There were some logic puzzles, the kind where you have to figure out that it’s the baker who rides a bicycle and the mechanic who lives in the house with a red door. There were some strange questions where she was given a sketch of a three dimensional figure such as a cube with some missing pieces, and she had to guess which shaped piece would fill the missing space, or guess which of several other pieces was the same thing rotated or reflected.

After answering all the questions, she handed it in and waited to be told what to do next. When her name was called, she accompanied an older man into a private room. He was very surprised to see her, and after looking through her answers, he asked her a lot of questions about her education and background. He thought for a while, then left the room to get an associate. The associate was unfriendly. Who, he wanted to know, had put her up to this prank?

Gwen was confused. What prank? The associate was sure that she was cheating, that someone had fed her the answers. In a scene that would be repeated decades later in the movie “Slumdog Millionaire,” the two interviewers tried their hardest to get her to admit that she had cheated. Her score, they told her, was too good to be true. It was simply impossible for a young black woman to come in the 99th percentile on a test designed to measure aptitude for computer programming. 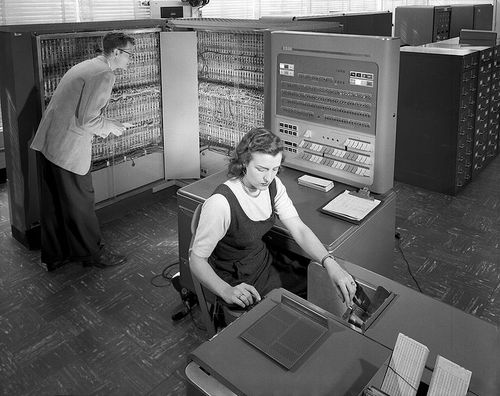 Computer Programming. Empire Life had purchased a computer from International Business Machines, and like many companies today, they needed software written to automate their business processes. In addition to supplying to hardware, “IBM” also provided services for hiring and training all of the personnel for operating the new system, including the programmers. The interviewers travelled from customer to customer setting up computers and training educated young men how to write programs for IBM computers, and they knew exactly how exceptional a candidate had to be to get scores like Gwen’s.

They tried various other questions, questions from other tests, questions they used for more advanced candidates. Gwen answered as best she could. The men were amazed. To their credit, once they became convinced that she hadn’t faked her results, they knew she would be a great hire. They recommended her for training as a programmer analyst, the most senior position being filled. She completed the training and became one of the first women to program computers in Canada. Gwen would go on to lead a number of large computerization projects in the insurance industry as well as for the City of Toronto. 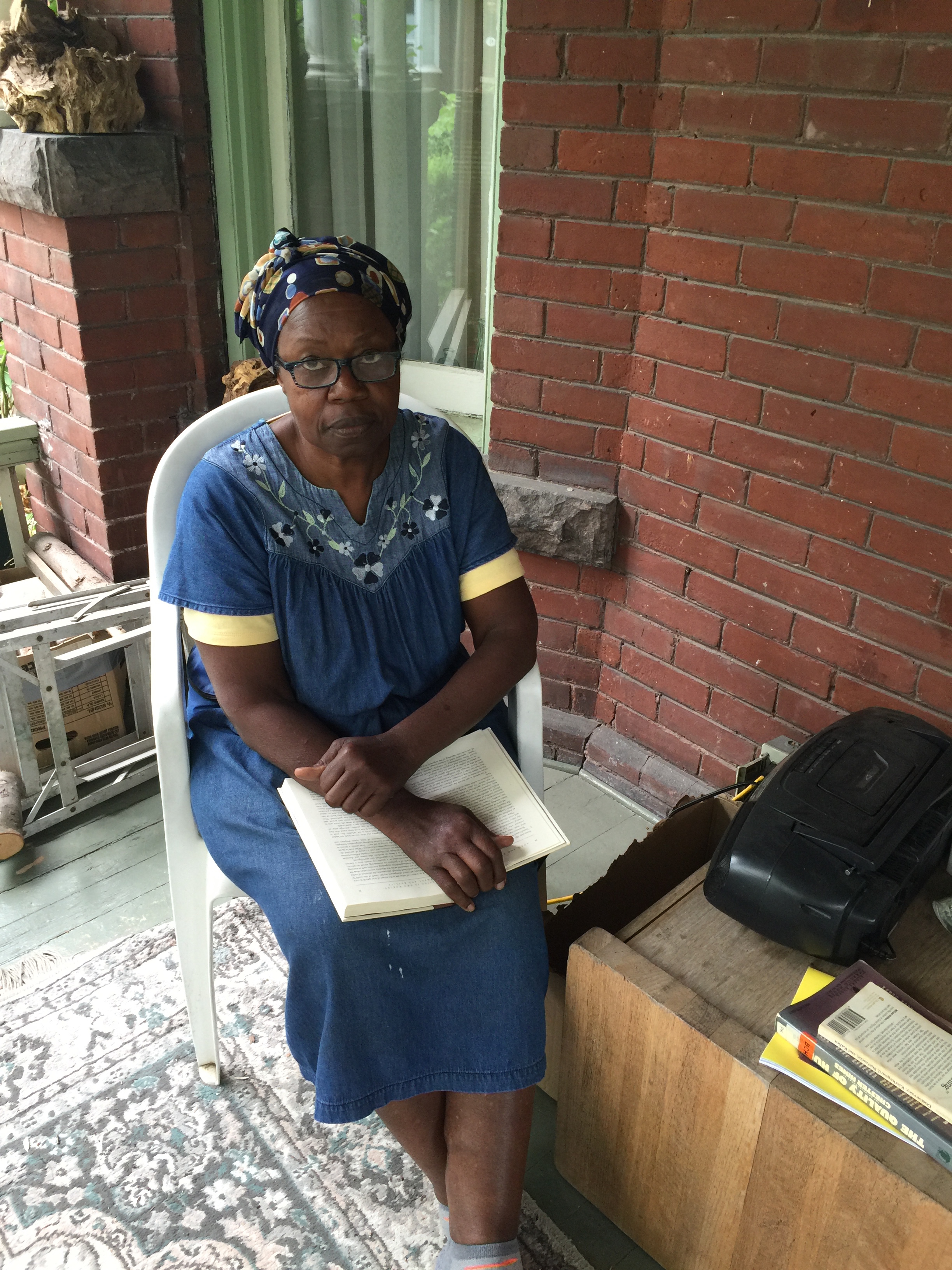 Gwen has now retired, and like most retirees, she asks her son to help her with computers. She likes her Mac and runs a small business buying and selling books on line. What does she have to say about the difficulties she faced breaking into a male-dominated industry?

“I had it easy. The computer didn’t care that I was a woman or that I was black. Most women had it much harder.”

Follow-up to “A Woman’s Story”

First off, I’m amazed and gratified that so many people liked ”A Woman’s Story.” My mother seems pretty amazing to me, and the story of how she became a systems analyst is just one piece of an incredible life. I was invited to join MetaFilter by a friend. There was a lot more discussion about IBM and the early days of computing and a few folks asked me to share more about my mother’s life. So here’s what I wrote there (more or less, I’ve fixed some spelling and grammar errors):

My mother was a very driven women. She was very successful as an analyst, and transcended the programming aspect of the job. She once told me that years after she left Empire Life, they were still using an operations manual that she and another woman had written, because it explained their procedures clearly.

One of the most interesting things she did was open something called “The Saturday School,” an independent school that taught Afro-Canadian history. I remember reading about Harriet Tubman, Jackie Robinson, and about grass that grew taller than a man. This kind of thing wasn’t taught in Canadian schools at the time, and she wanted us to know about our heritage. ironically, there were very few black kids in the school, it was mostly populated by the offspring of hip white parents. She also wrote a children’s book about a black cloud that felt different.

In the sixties, IBM sold a computer to the University of Ibadan in Nigeria, and she took the entire family there under contract to write software for the new system. That’s a story unto itself, a black family moving from Canada to Nigeria in 1968. She once told me that the new computer was state-of-the-art, it had 64K of RAM. I remember that clearly, because when Commodore brought out the Commodore 64, we both laughed at how far computers had come in less than twenty years.

We returned to Canada in 1971 or so, and she did a few contracts and then swerved into a career in Real Estate. She was a top producer and was one of the drivers responsible for the gentrification of Toronto’s Little Italy, where I grew up. She opened her own brokerage and continued that until she retired.

Lois also had a story to tell. When her days as an active mother were over, she went to Toronto’s York University as a mature student and obtained a degree in geography at age 54. She volunteered with someone-or-other and went to each ESL in Dar-Es-Salaam for a year, so she found her way back to Africa as well.

A few folks have commented on the direction the conversation took on Hacker News. I was surprised that more attention wasn’t given to the story for what it represents to Hacker Culture: Overcoming odds, not settling for society’s expectations, and most especially the fact that while most things are imperfect, programming can be less imperfect than other things because the computer itself is blind to who you are. Then again, I wasn’t surprised that a comment about IQ testing would end up dominating the discourse and sucking the air out of the conversation.

It’s really a variation on Godwin’s Law in action: As the size of a community grows, the probability that every discussion becomes dominated by tenuously relevant axe-grinding approaches one. That could be Libertarianism, it could be Affirmative Action, it could be Hate Speech, it could be IQ Testing, it could be Men’s Rights. You can moderate it down or you can embrace it, but to lament it is to lament the fact that we are humans, not machines, we are flesh and blood and sometimes our blood boils.

I liked the smaller, more intimate feeling of the MetaFilter discussion, but I’m also totally cool with the HN discussion. Not that anyone needs my permission to talk about whatever they like! It’s weird to discuss my own posts. I sometimes imagine sitting in a coffee shop with a friend, discussing a book I’ve just read. Unbeknownst to me, the author is at the next table, and she comes over to interrupt the conversation and discuss the book with us. Would that be incredibly cool or would it put us off having a candid conversation?

Anyhow, I’m walking around with a big smile today. Thanks again for all the nice things folks have said about my mom.