Hello, my name is Reginald, and I am a Socialist

Recently, someone expressed surprise that a regular contributor to Hacker News might be opposed to Capitalism. 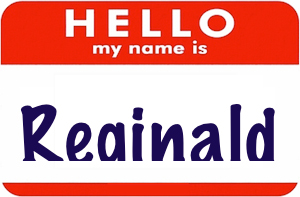 Well, I (somewhat erroneously) self-identify as a little-s socialist. Yeah, I get that Big S Socialism is Communist Russia. I also get that the USA is little-c capitalism, since its markets are very imperfectly free. Things like patent laws and never-ending Disney copyright extensions exist to make the markets inefficient so that monopolists can tax customers instead of exchanging goods or services for money at true market equilibrium.

But I don’t want to have that coffee-house argument where we spend all our time arguing definitions. The thing is, I am what you might call a “local” rather than a “global” Socialist. I doubt full-on Socialism would work in Canada, but I like the idea of workers forming self-organized collectives.

Socialists advocate a method of compensation based on individual merit or the amount of labour one contributes to society. They generally share the view that capitalism unfairly concentrates power and wealth within a small segment of society that controls capital and derives its wealth through a system of exploitation. They argue that this creates an unequal society that fails to provide equal opportunities for everyone to maximize their potential.

I have no idea if the folks laid off from auto-makers want to do that, but I do know that I and many of the programmers I know seem happy with the idea of working in small teams in a collaborative and egalitarian manner rather than having a command-and-control approach to doing things.

I don’t like the idea of anyone forcing me to accept socialism, but I know that if you don’t call it socialism, lots of people I admire voluntarily contribute to the collective community good through open source.

I get that what I like doesn’t “work” in the sense that it isn’t a universal prescription for making everyone in society happier. I get that the things I like are susceptible to being “gamed” much as North American “capitalism” is constantly being gamed. But given a sufficiently small sphere of concern and sphere of influence, I can enjoy what I like. Maybe most people want a boss telling them what to do and don’t care whether what they produce is any good. I can’t tell them to live their lives a different way. But I don’t need everyone to buy into that. I just have to wander around until I find like-minded people in a start-up or a software development group or an espresso bar with free wifi.

Libertarian socialists (including social anarchists and libertarian Marxists) reject state control and ownership of the economy altogether, and advocate direct collective ownership of the means of production via co-operative workers’ councils and workplace democracy.

I know that many startups are launched expressly to make their founders stinking rich. And I’m ok with that. I also know that many startups are launched because the founders prefer to work around the clock on something they love without a boss telling them to come on in on Saturday. That isn’t socialism, but boy does it feel like workers being more efficient when they seize the means of production—the compiler—rather than being coerced or exploited.

My name is Reginald. And yes, I am a socialist.